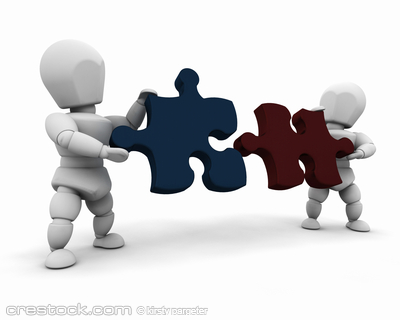 The subject of games and simulations in education and learning has been talked about quite a lot again recently. There is no way I can cover all the work that is being done in this area (or do it justice) so I’ll link to as many of the work I’ve been reading as I can remember and find, and point out some of the choicest quotes.

“Where goals are included as a part of the Plaything a Challenge is created. Challenges played without Competition are defined as Puzzle’s. Typically, this is where the majority of E-learning games and interactions lie. Whilst many of these E-learning objects are goal orientated, they do not actively present a competitor for the user to play against. Crawford defines this competitor as “an active agent against whom you compete”. Where this agent is apparent we have defined a “Conflict”. Conflicts in which you cannot interfere with your opponent’s performance are defined as “Competitions”.”

“Simulations are all about performance; undertaking actions, behaviours and thinking in a situation that closely approximates the reality to promote understanding and transfer. A big focus has been on ’suspension of disbelief’ – the degree to which learners can engage with the authenticity of the experience and produce realistic behaviour.”

I was honoured to be in the audience for Scott’s seminar at the LT2010 exhibition. Scott showcased some well-received games / simulations, and the link above is to the list of resources he used or spoke about in his presentation. Well worth spending time looking over and through them, there are some gems in there.

“Around the table at lunch, in the Headteacher’s office, we sat eating pizza and drinking fruit juice with five year 10 students. The talk inevitably turned to Internet games … and suddenly the students because very animated. They enthused over Farmville, the Sims and other long games and talked about how much they enjoyed playing them.”

These are extremely well defined, well documented, and well designed games (and quite expensive to develop too) that have managed to make the subject of learning enjoyable. It isn’t until quite far into the game that the player realizes that they’ve learned something (time and/or character management, organisation, planning, etc).

“Such games are often maligned by some teachers and parents as a ‘waste of time’ and children do, if allowed, play for long periods of time on such games. But doesn’t that tell us something about the power of these tools to engage, enthrall and educate? How can we harness this power in the classroom – that is the question…”

I find that the name ‘game’ has negative connotations for some, which can be overcome very simply by calling them a simulation. Similar is that some people don’t understand why children or students would want to play a simulation, but a game is a given. The wrong terminology can turn people on or off. Get this right and you could be over the worst hurdle in presenting the idea of these ‘games’ for education.

“A useful introduction to some of the issues around educational gaming.”

This site uses Akismet to reduce spam. Learn how your comment data is processed.

What is a Learning Technologist?

Click here to read about more awards received by this blog